Journey in Tech: How it started vs How it's going 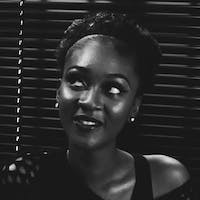 Subscribe to my newsletter and never miss my upcoming articles

Listen to this article

For as long as I can remember, computers fascinated me. The idea of an object I can play with and not rip apart like I did my dolls was it for me. Somehow, I had ample time to be in the computer room in my primary school and this only increased my fascination. I was either playing games, fastening up my typing speed on Microsoft word, or creating awesome PowerPoint presentations. My high school days, unfortunately, did not give room for much experimentation.

I decided I was going to study something computer-related at the university; at first, it was computer programming but that's not an actual first-degree field so I opted for Management Information System (a breed of computer science and business management).

I wrote my first line of code in 2014; the typical Hello world, with Visual Basic. My university was very committed to growing the programming skills of its students. For the first 3 years, we did 1 or 2 programming languages per semester.

Seems like a lot, right? It actually was. It was a challenge but it was nice having to skim through them all to know what I would and won't like. I mainly explored Java, PHP, and HTML, CSS & JS.

I resumed work the week following my convocation. I hoped to get into a programming role but I wasn't ready to face C# so I chose the Business Analysis path. I had to build a simple desktop calculator with C# before my confirmation. It was pretty sleek. I would've put the source code on Github but when I wrote the code, God and I both understood it, now, only God understands it.

Being a business analyst means being the bridge between the developers and the customers. I was (still am) in a position of thinking business-wise and thinking programming-wise; having a programming bias made it easier to break down requirements into the most minute scenarios. It really extended my analytical capabilities. The field is actually very good as it builds dual capacity. No one ever runs a company successfully without having a good business acumen; the earlier you can pick it up, the better for you. Business analysis is also one of the Top 10 Hard skills of 2020 by LinkedIn.

In 2019, I decided to rekindle my romance with programming by enrolling in the GADS and DevC (Andela + Facebook Developer Circle) programs for Android and web development respectively. I was introduced to Node.js by the latter and I am hopelessly in love with it. I also got myself a tech mentor.

In 2020, I participated in 3 remote internships and 1 hackathon. I integrated myself into so many tech communities and built networks, it's amazing. I also started blogging here on Hashnode because of Edidiong Asikpo and it's really pushed me to learn more and share. My first tech talk and Open Source contribution also happened this year.

I'd like to believe that my growth so far has been biased to business analysis, software development (backend), and technical writing, but that's not all I'm about.

There's still so much to be done and I'm very committed to constant growth and exploits. Tech is my going concern. I would say I hope to be the next Mark Zuckerberg but I'd rather be the very best version of me.

I am glad you to took the step to rekindle your interest in programming last year. I am super proud of you and everything you've been able to achieve so far, Omomurewa George-Ashiru. I wish you the very best. 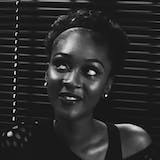 Thank you very much.

Awesome article, I'm rooting for you!!😊

Thank you very much!

Great journey in Tech you've got and also good advice, being the version of myself 👍.

Thank you very much!